For billions of years, nature has used DNA like a molecular bank vault: a place to store her most coveted secrets — the design blueprints essential to life.

Now, researchers at ASU’s Biodesign Institute are exploring the unique information-carrying capacities of DNA, hoping to produce microscopic forms whose ability to encrypt, store and retrieve information rival those of the silicon-based semiconductor memories found in most computers.

If successful, DNA-based storage technologies could one day encode everything from a late string quartet of Beethoven to a season of "Westworld." The information can be imprinted in digital form in sequence strands of DNA capable of joining together with other DNA segments and self-assembling into a desired target structure, through the base-pairing properties of DNA’s four nucleotides.

Molecular cryptography with DNA origami nanostructures involves digitally encoding desired information as spot patterns within DNA strands. The encrypted data held in these information strands can subsequently be recovered when complementary staple strands induce the DNA structure to spontaneously fold into a predetermined pattern. Hence, the staple strands act like encryption keys. Without them, the information can not be retrieved. 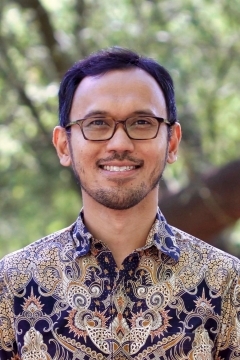 The enormous variability in terms of sequence length and binding location of the staple strands used for message deciphering allow for exceptionally powerful molecular cryptography, resistant to code breaking. Indeed, fully exploiting the encryption potential of DNA origami would permit an encryption key size of approximately 1,500 bits, a more than 2-to-the-1,000th-power-fold improvement over the existing 256-bit Advanced Encryption Standard (AES).

The National Science Foundation has recently approved $1.5 million toward the ambitious project, which will leverage the skills of a diverse collection of scientists including researchers in chemistry, biology, physics, materials science and engineering.

Hao Yan, director the Biodesign Center for Molecular Design and Biomimetics and a leading figure in the field of structural DNA nanotechnology, is the principal investigator of the new project: “It is truly an interdisciplinary pursuit. The project combines chemistry, optics, solid-state physics, electronics, and machine learning,” Yan said. (Yan is also the Milton D. Glick Distinguished Professor at ASU and researcher in the School of Molecular Sciences.)

Two notable hurdles exist to the realization of DNA information storage technologies, each of which is addressed in the new project. First, the readout for conventional DNA-based memories has had to rely on expensive, cumbersome and error-prone methods of DNA sequencing. For the encrypted nanostructures, sapphire-based nanopores will enable rapid readout of the ultrafine nanoscopic patterns on the DNA structures, which is critical to high-security encryption, maximizing temporal readout resolution while minimizing readout noise and resultant errors. 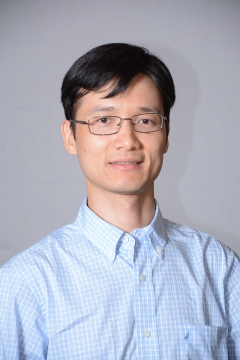 This advance is accomplished by replacing silicon, conventionally used as a basis material in device construction but conductive and prone to high noise, with sapphire, an insulating crystal with low-noise performance. Additionally, this type of nanopore readout has the potential to be deployed as a portable device, similar to a USB dongle, and directly plugged into a computer for decoding into CDs, movies, etc.

The second major obstacle involves the accurate characterization of the resulting DNA nanostructures. This will be accomplished using a method known as DNA-PAINT, a state-of-the art super-resolution microscopy technique that allows researchers to observe the minute DNA nanoforms well below the classic diffraction limit of light. This advance will improve the encryption throughput by a few orders of magnitude when compared with previously used atomic force microscopy.

In addition to Yan, the project includes co-principal investigators are Rizal Hariadi and Chao Wang. Both are members of the Biodesign Center for Molecular Design and Biomimetics at ASU. Hariadi is also affiliated with the Department of Physics. Wang is from the School of Electrical, Computer & Energy Engineering.